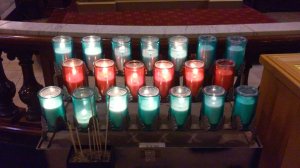 One hundred days ago, the world celebrated a new year. The Guardian reports all of that excitement quickly faded away.

The obituaries of the 2010s had dwelt on eruptions and waves that would shape the era ahead: Brexit, the Syrian civil war, refugee crises, social media proliferation, and nationalism roaring back to life. They were written too soon.

It was not until these last hours, before the toasts and countdowns had commenced, that the decade’s most consequential development of all broke the surface.

At 1.38pm on 31 December, a Chinese government website announced the detection of a “pneumonia of unknown cause” in the area surrounding the South China seafood wholesale market in Wuhan, an industrial city of 11 million people.