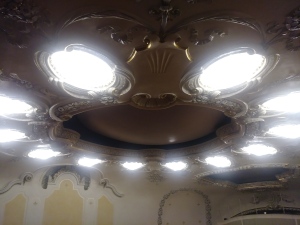 Unlike such adventurous contemporaries as Simon Rattle and Esa-Pekka Salonen, Honeck has made his name with nineteenth-century classics. In collaboration with the Reference label, he and the Pittsburgh Symphony have recorded Beethoven’s Third, Fifth, and Seventh symphonies, Tchaikovsky’s Sixth, Dvořák’s Eighth, and other meat-and-potatoes fare. These releases are all worth hearing; some, like the Bruckner Ninth, may become standards by which future efforts are measured.